Kenta Shinohara (, Shinohara Kenta?) is a Japanese mangaka and the author and illustrator of Witch Watch.

Shinohara was born on January 9, 1974, in Chiba Prefecture. His first notable and manga-related job was as an assistant to Hideaki Sorachi on his work Gintama, during which time Shinohara went under the alias Shintaro Nakae, an anagram of his real name.

In June and September 2003, Shinohara was one of the final candidates for the monthly JUMP 12 Outstanding Rookie Manga Award both months, though he did not actually win either award.

Shinohara wrote two one-shots for his well-known work Sket Dance (スケット・ダンス, Suketto Dansu?) in the winter and summer of 2006, submitting them to Akamaru Jump and Weekly Shonen Jump respectively. The second one-shot was a pilot arranged in a book volume format, similar to the eventual first chapter of the main series. Serialization of Sket Dance began on July 14, 2007, in Weekly Shonen Jump.

His second notable work is Astra Lost in Space (のアストラ, Kanata no Asutora?), which began serialization in Shonen Jump+ on May 9, 2016. 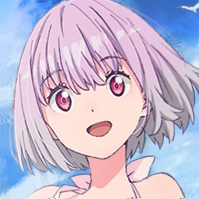